The morning started off so well - a beautiful commute into Brighton along the bottom of the Downs via Edburton, Fulking and Poynings before heading up over Devils Dyke and down into the city.

As I still need to fix my front mech on my road bike I was on the trusty singlespeed machine so as always climbing Devils Dyke was quite an effort. I did manage to stop for a couple of pictures (see below) - love those hills!

My legs felt a bit fatigued both from the hilly route and probably the recent half-marathon event at Barns Green. The plan was to take it easy on the commute home.

I ended up having to take a busier route home as I had to pick something up at Next in Shoreham for my son. After getting out of the store, at that time just beginning to lose the daylight, I made a point of turning on my high-powered front light and the bright flashing red rear light.

Only a hundred yards away from the store and whilst cycling around the busy Shoreham roundabout a car shot out and knocked me flying. It all happened so fast and before I knew it I found myself lying in the middle of the roundabout on my back with a very sore bottom.

Fortunately the 2 lanes of traffic stopped and the driver that hit me and a number of people passing by came to my aid. Despite the initial shock, severe pain in my backside and some assistance I moved to the side of the road to check out the damage. A bit of road rash - left ankle, elbows and knees but nothing too much to be worried about. My legs were OK, although my right heel was aching - I think I must have landed on my backside and put my right leg out to absorb the force. As for the bike one severely buckled back wheel (not sure if it can be fixed), the front slightly less so, some cosmetic damage to the seat, brake lever and handlebar but only minor - my poor baby!

On returning home (wifey came to rescue me in the car) I also found I had damaged my nice carbon soled road shoes, possibly beyond repair. Given some of the accidents that friends from the Club have been involved in recently I got off very lightly. I suppose if you cycle the distances I do and commute into a busy city the law of averages suggest you going to have an incident at some time, even if you make every effort to be safe and cycle sensibly.

So my training will take a back seat for the next few days to let the body recover. I will also make sure the trusty singlespeed gets the proper treatment to ensure it is good working order as soon as possible.

Keep safe out there guys - rubber side down! 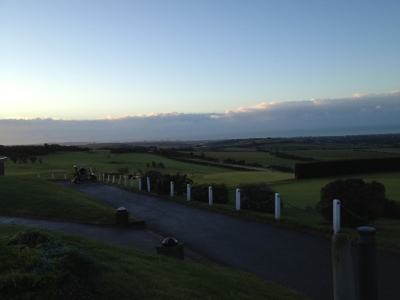